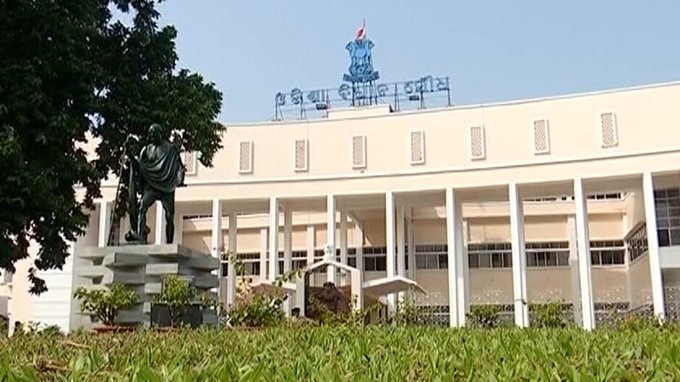 Bhubaneswar: The Congress on Saturday targeted the BJD-led state government during the zero hours in Odisha Assembly over the diarrhoea deaths in Kashipur in Rayagada district. Members of Congress rallied into the well of the House, demanding the ruling of Speaker Bikram Keshari Arukh on this alarming issue

Congress Legislature Party leader Narasingha Mishra raised the issue saying no one should die of starvation and it is the constitutional right of everyone. He said that the state government is garnering praises from various sectors over success in food security, but in Rayagada’s Kashipur people are dying from eating contaminated food.

“Many people are being deprived of food security schemes… In Kashipur, out of a 1.5 lakh population around 1.36 lakh, people are covered under the Food Security Schemes. Besides, 1.17 lakh people are covered under PMGKY. However, people from the indigenous community are dying due to the consumption of mango kernel gruel and inedible food items,” the senior Congress leader stated.

In the last five days, the death toll from Diarrhoea has gone up to six. While the state government has been supplying rice priced at Rs 1, the beneficiaries here have been deprived of rations following which they are forced to eat mango kernel gruel, Mishra added,

Pointing it as a very sensitive issue, CLP leader Narasingha Mishra said that the Chief Minister should inform the House the circumstances under which people died due to diarrhoea and what steps will be taken to prevent such deaths. Pointing out that the District Collector should submit a probe report within 24 hours in such cases, the Congress members demanded that the Chief Minister should issue a statement on the matter.

Expressing displeasure, Congress MLA Tara Prasad Bahinipati said that the same party is in power for the last 22 years, but still, people are dying due to malnutrition, starvation or diarrhoea. Citing that such incidents keep happening in the state, the Congress MLA said demanded that the chief minister should make a statement in this regard.

During the zero hours, Rayagada MLA Makaranda Muduli also raised the issue in the House and urged for a special medical team to be sent to the affected villages to investigate the situation and find a solution to the issue on a war footing basis.

In order to curb the diarrhoea outbreak, a special medical team including health workers, Anganwadi workers and experts should visit Rayagada to provide immediate health care in the area, the MLA further urged in the Assembly.

Later, the Congress legislators rallied into the well of the House, demanding Speaker’s ruling and the chief minister’s statement. Following the unruly scenes, Speaker Bikram Keshari Arukh adjourned the house for 10 minutes and then for 15 minutes.

The Speaker stated that after a probe into the diarrhoea deaths in Rayagada’s Kashipur, Parliamentary Affairs Minister Niranjan Pujari will present his statement in the House on Monday.