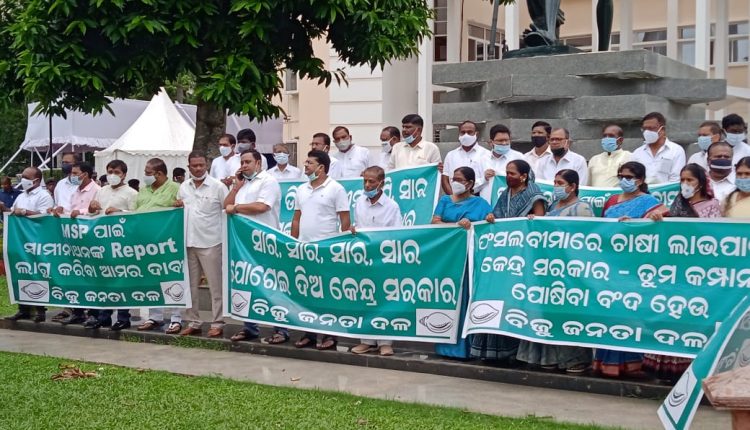 Bhubaneswar: The BJD MLAs today staged a demonstration near the statue of Mahatma Gandhi on the Assembly premises.

According to reports, the state assembly is holding its last day of the monsoon session. Like all other days, the House could not run smoothly as the proceeding was intercepted by the Opposition MLAs.

Subsequently, Speaker Surjya Narayan Patro adjourned the House until 11:30 AM.

Following this, the BJD legislators protested under the Gandhi statue holding banners.

The BJD has expressed concern over the supply of fertilizer to farmers, the implementation of the Swaminathan Committee’s recommendations and the increase in the MSP for paddy during the Rabi season. The BJD has protested against central negligence on various issues.