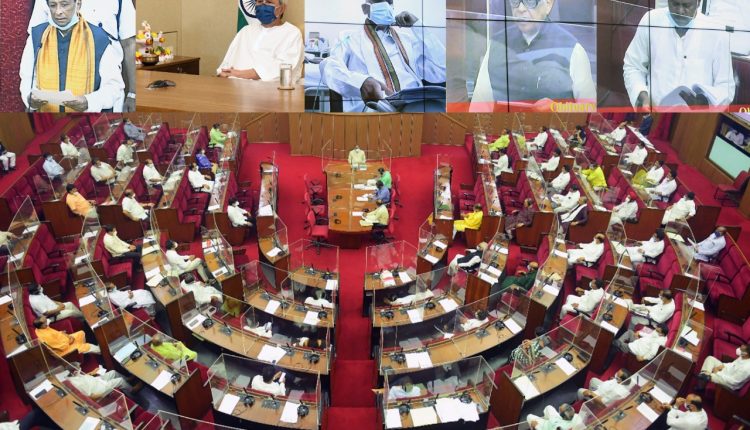 Bhubaneswar: The Odisha Assembly has been adjourned till 12:34 PM today following ruckus by Congress legislators over demands to hold a discussion on drought-like situation.

Soon after the commencement of the Monsoon Session today, Chief Minister and Leader of the House Naveen Patnaik moved a condolence motion in the House via Video Conference as a mark of tribute to former minister Bijayshree Routray and several other senior leaders.

LoP Pradipta Naik, who is also attending the monsoon session through Video Conference in the hospital, extended support to the motion.

Later, Congress legislators created ruckus in the Well of the House. They demanded to adjourn the Question Hour and to discuss the drought-like situation in the State.