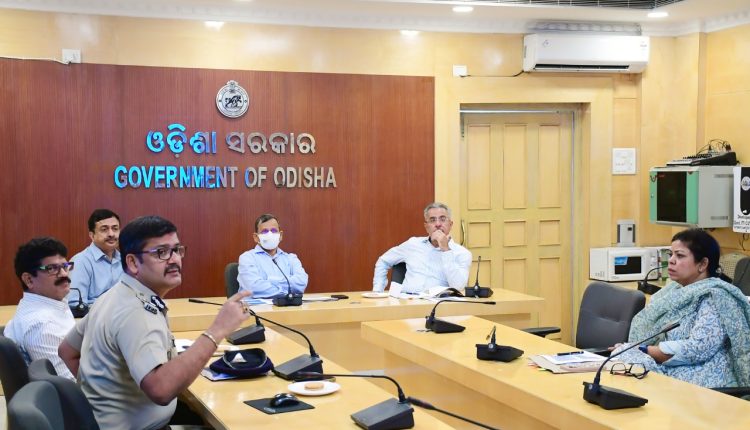 Ex-Gratia grants enhanced both for civilians and security personnel

While giving nod to the AWP, Chief Secretary Sri Mahapatra directed to intensify community mobilization and confidence building activities in the suspected left wing infected pockets.  He specifically directed to stay connected with the people and community, know their concerns and raise their confidence level.  Sri Mahapatra also directed to support better alternative livelihood activities, and children education in the communities. He said, “People’s confidence and participation would go a long way in rooting out of LWE activities from the suspected pockets”.

Discussions in the meeting showed that the extremism activities were well under control in the State. Swabhiman Anchal in Koraput, once considered to as epicenter of extremists could be made free of them with growing developmental interventions in the area. Well planned intelligence based actions were being taken to counter them as and where their ugly hands appear. The fund provision of Rs.85.85 cr for AWP-2022-23 was about 50% more than that of the AWP-2021-22. The AWP-2021-22 was rolled out with budget outlay of around Rs 50.56 cr. The funds for AWP 2022-23 would be shared by both the Central and State Govt on 60:40 sharing basis.

With increase in budget provision, the amount of ex-gratia grant for the civilians and security personnel on duty was enhanced from Rs.2 laks to 5 lakhs, and Rs.20 lakhs to Rs.40 lakhs respectively. Chief Secretary Sri Mahapatra directed to provide adequate logistic support to the armed forces engaged in anti-terrorist operations. The main activities under AWP-2022-23 included procurement of modern ammunitions, adequate logistic support to armed forces, training for State police force, community policing, additional fortification of the police posts, and rehabilitation of LWE cadres. Besides, the affected civilians and security personnel would be extended ex-gratia grant and property damage grant as per the specified guidelines.