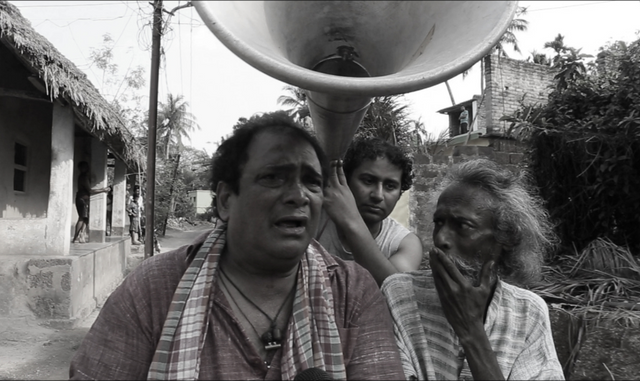 Odia film ‘Adieu Godard’ has won the Best Feature Film award at the recently concluded Cardiff International Film Festival 2022, UK which is supported by the Welsh Assembly and Cardiff Council (UK). Around 100 films from across the globe were part of the festival lineup. This is the 7th international award for this celebrated Odia film.

Recently released in India, US, and Canada, Adieu GODARD has been traveling to several festivals across the world since its world premiere at the 43rd Moscow International Film Festival last year. The film is currently a part of the ongoing 10th ASIAN FILM FESTIVAL of BARCELONA, organized by the Spanish Ministry of External Affairs. It is in competition with several other Asian films.

Earlier, the film had its theatrical run across Bhubaneswar, Cuttack, Rourkela, Kolkata, New Delhi, and Bangalore followed by special shows held in Jaipur and Mumbai. Additionally, the film was invited to the Alliance Française de Bangalore for a special screening on 28th October as a part of a tribute program specially arranged in honor of the late auteur Jean Luc Godard.

Written and directed by National Award winner Amartya Bhattacharyya, Adieu GODARD is an INDIA, FRANCE co-production and has been produced by Swastik Arthouse in collaboration with FilmStop Entertainment and Les Films de la Haute-Vallée.  Renowned actor Anu Choudhury presented the film for its theatrical release while Mumbai-based Platoon Distribution distributed the film.

With awards, appreciation, and love coming from across the globe, director Amartya Bhattacharyya says – ” This is the seventh award for the film, and I’m so happy that it’s getting so much love and attention. When a film as grounded as this competes with the best of the world and wins the Best Film at an international film festival like CIFF, it only boosts the enthusiasm and reassures that cinema is not just glitter and gloss. Even after stripping cinema off the ornamental glamour, the language of cinema can still survive. In today’s world, since there is a heavy imposition of technological grandeur, it is even more important that films like these get the due attention, and I’m extremely honored by this win.”

Choudhury Bikash Das, who plays the lead protagonist Ananda, says – “I’m so glad to be a part of this film. From the style of making to the film itself, there is so much newness and uniqueness that you feel the joy of its success. I’m greatly honored at the love that film lovers have shown towards the film and the character I played. I wish the celebration continues. ”

Actor and producer Swastik Choudhury, who plays the much-talked-about character of Jatin in the film, says – “Over the years Cardiff has become an important international film festival. There were over 100 films selected at the festival this year and ADIEU GODARD winning the top award is a huge thing. This puts Odia cinema right on the global stage and is something everyone back home will be proud of.”

Among the cast, the film has Choudhury Bikas Das, Dipanwit Dashmohapatra, Sudharsri Madhusmita, Swastik Choudhury, Choudhury Jayaprakash Das, Shankar Basu Mallick, and Abhishek Giri while Swetapadma Satpathy, Sumit Panda, Sandip Bal, Sridhar Martha, and Dr. Banikanta Mishra plays other important characters of the film. The music of this film has been composed by the talented music director Kisaloy Roy, and the popular icon of Rock music – Rupam Islam has rendered his first Odia song with this film.