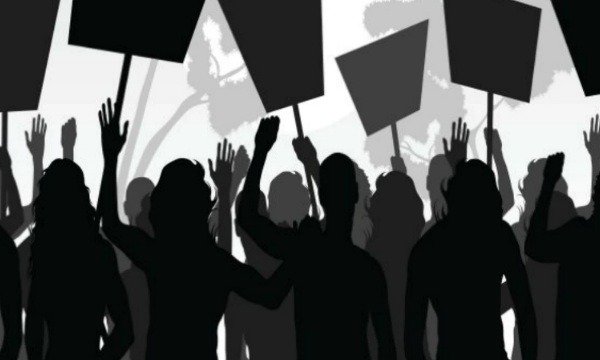 Bhubaneswar: Numbers of activists belonging to the Odisha Chhatra Congress (OCC) have staged a protest outside the Odisha Legislative Assembly over alleged government recruitment corruption and irregularities.

Reportedly, the protestors alleged that the State government is protecting the OSSC Chairman, member, and other important officials while taking action against a lower rung employee who was arrested by the Vigilance for possessing disproportionate assets.

They also demanded the arrest of state Law Minister Pratap Jena for his alleged involvement in the brutal killing of two BJP leaders at Mahanga in January this year.

During the protest, the Odisha Chhatra Congress members took out the rally from Congress Bhawan protesting against the alleged OSSC scam. The activists also scuffle with the police while trying to break the security cordon.

It is pertinent to mention that earlier on August 2, hundreds of activists of Chhatra Congress had clashed with police near the OSSC office in Bhubaneswar, demanding an investigation into the recruitment of candidates following the arrest of Biranchi Sahu, private secretary to an OSSC member.