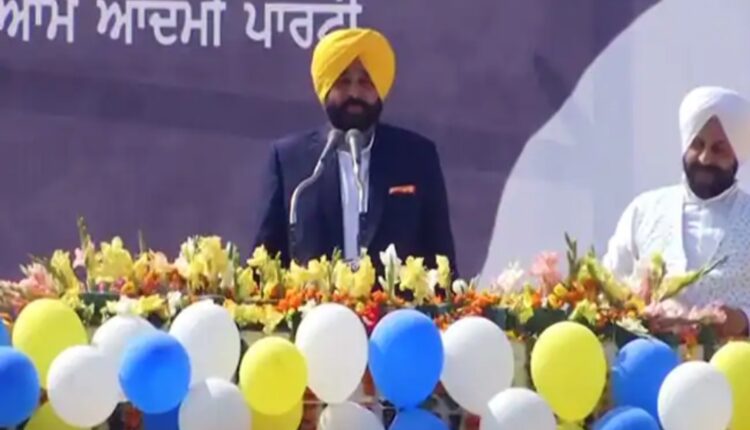 Chandigarh: Punjab Chief Minister-elect Bhagwant Mann drew cheers from the crowd on Thursday as he announced that his oath-taking ceremony will be held at Khatkarkalan in Nawanshahr district, the ancestral village of freedom fighter Bhagat Singh.

He also announced that government offices will not have the photo of the Chief Minister as is the custom.

“The oath-taking ceremony will not be held at Raj Bhawan, but at Khatkarkalan. The date will be announced later,” he said in his victory speech in Dhuri, where he won by over 58,000 votes.

“No government office will carry a picture of Chief Minister, instead there will be pictures of Bhagat Singh and BR Ambedkar,” Mr Mann announced.