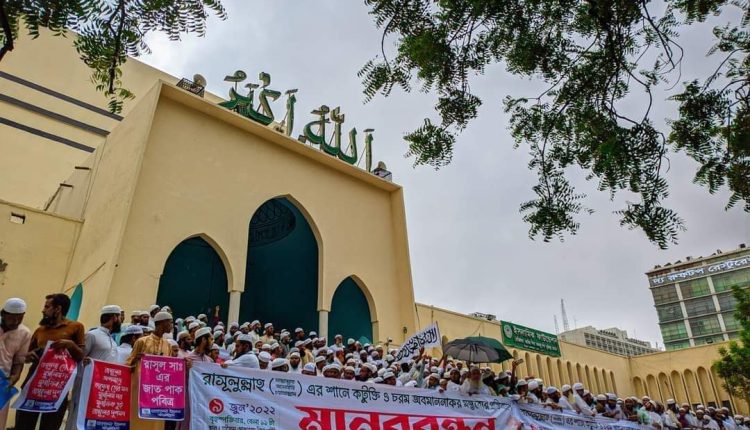 Protesters all gave a call to gherao the Indian embassy on June 16. The protesters also called for a boycott of Indian products and India.

following this, the Dhaka Metropolitan Police (DMP) took extensive security measures in the National Mosque Baitul Mukarram and the Paltan area in view of the protests.

A large number of police personnel were deployed in the area to prevent any untoward incident.