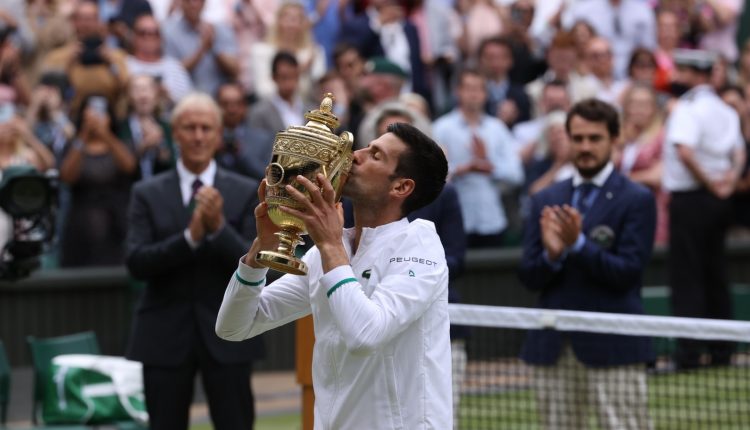 The World No. 1 drew level with his great rivals, Switzerland’s Roger Federer and Spain’s Rafael Nadal, who he has chased ever since he captured his first major crown at the 2008 Australian Open, in a historic 6-7(4), 6-4, 6-4, 6-3 final victory over seventh-seeded Italian Matteo Berrettini at The Championships, Wimbledon.

The win also put Djokovic three-quarters of the way to the first calendar Grand Slam of all four majors since 1969.