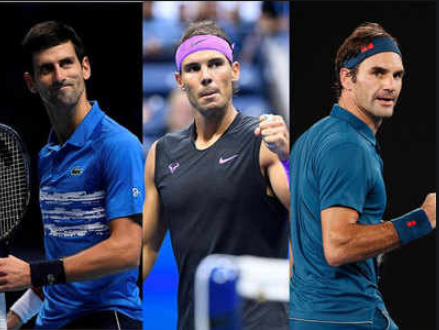 New Delhi: Novak Djokovic, Roger Federer, Rafael Nadal and Frances Tiafoe were among the winners of the ATP’s top awards for 2020.

Djokovic was the year-end No. 1 for a record-equaling sixth time after winning four titles including a record-eighth Australian Open.

U.S. Open champions Mate Pavic and Bruno Soares are the doubles No. 1s.

Federer, who played only six singles all year, was the singles fans’ favourite for a record-extending 18th straight year, and Nadal received the Stefan Edberg Sportsmanship Award for the third year straight and fourth time overall after winning a 13th Roland Garros crown.

Andrey Rublev of Russia was the most improved in rising from No. 23 to a career-high 8 after winning five titles, more than anyone else on the tour.

Tiafoe was given the Arthur Ashe Humanitarian Award for his social activity.