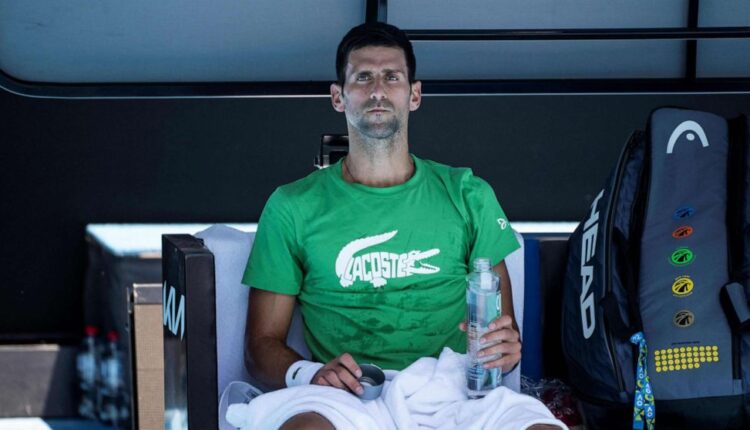 Tennis star Novak Djokovic has reiterated his stand on not taking a Covid-19 vaccine even if it leads to his exclusion from the US Open later this year.

Ahead of the 2022 Wimbledon campaign, the 20-time Grand Slam champion has said that there was little he could do about a potential US Open ban at the moment.

The 2022 Wimbledon could be the Serbian’s last Grand Slam appearance until the French Open next year after the US government has made vaccination compulsory to enter the country. Earlier this year, Djokovic was expelled from Australia for not being vaccinated against the Novel Coronavirus.

On the other hand, Djokovic says the potential US Open ban only makes him more motivated to do well at Wimbledon, starting Monday, June 27.

“As of today, I am not permitted to enter the United States under these circumstances. Yes, of course, I am aware of that. It’s an extra motivation to do well here (at the Wimbledon Championships). I hope I can have a very good tournament, like I did in the last three editions,” Djokovic said in London.

“So I’ll just have to wait and see. I would like to go to the United States. But, to date, this is not possible. I can’t do much anymore. I mean, it’s really up to the US government whether or not they allow unvaccinated people into the country,” he added.

When asked if he has no intention of taking the vaccine despite the time available to take the vaccine before the US Open, Djokovic replied with a “Yes”.

Djokovic had made it clear at the start of the year that he was ready to miss tournaments because of the vaccine. The Serb had said in February this year that he was not against Covid-19 vaccines but wanted the freedom to choose “what you put in your body”.

Meanwhile, Djokovic also said emulating Pete Sampras’ Wimbledon record would be a dream comes true for him. The Serb is bidding for his 7th Wimbledon crown, which will put him level with Sampras and one behind Roger Federer’s total of 8 Wimbledon titles.

“I would love to be able to fight for another trophy,” said Djokovic.

“Pete Sampras winning his first Wimbledon was the first tennis match I ever saw on TV. So, of course, there are a lot of links with this tournament. Pete has won it seven times. I hope so, I can do the same this year,” he added.