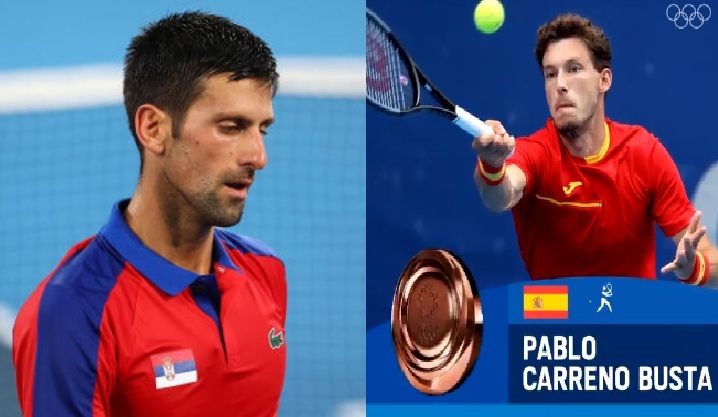 It is the first time top seed Djokovic has lost two straight singles matches since defeats by Dominic Thiem and Roger Federer at the 2019 ATP Tour Finals.

Djokovic saved a match point in the second set tie-break to force a decider and then four more late in the third set. But Spaniard Carreno Busta, who also knocked out second seed Daniil Medvedev earlier in the tournament, struck 32 winners in an excellent performance, with Djokovic managing just 18.

The 30-year-old finally wrapped up victory in the final game.