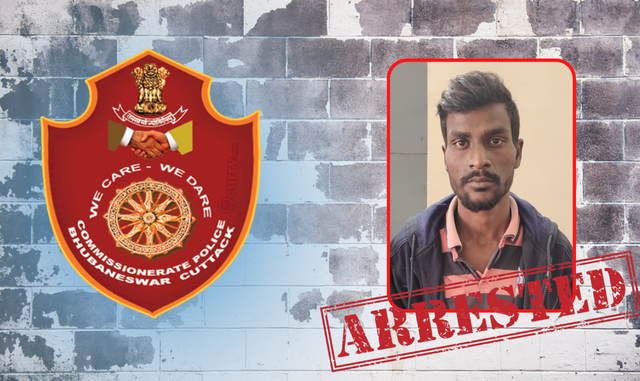 Bhubaneswar: Capital police station has arrested a notorious criminal on the charges of assaulting and looting a roadside food vendor.

The arrested accused is Biju Naik (25), a resident of Kedarpalli Basti. There are about 27 criminal cases registered against the accused in different police stations of Bhubaneswar.

According to police, complainant Saroj Sethi, who owns a chaat shop at Lane No. 5 in Bapuji Nagar, had registered a plaint alleging that on the evening of 7th devcember, the arrested accused Biju Naik and his 2 other accomplices came to eat chaat at his. But when he asked for money, the accused thrashed him and snatched away Rs 800 and a mobile from the vendor.  Before leaving the spot, the accused also threatened him with dire consequences.

Following an investigation, police apprehended the accused from his house today. During interrogation, the accused along with his 2 other accomplices confessed to have committed the offence.

Criminal antecedents of the accused revealed that about 27 criminal cases including theft, robbery etc are registered against Biju Naik in various police stations of Bhubaneswar.

As the accused is habitual offender and has gained notoriety, action is being taken against him under Section 110 of the CrPC, the police said.