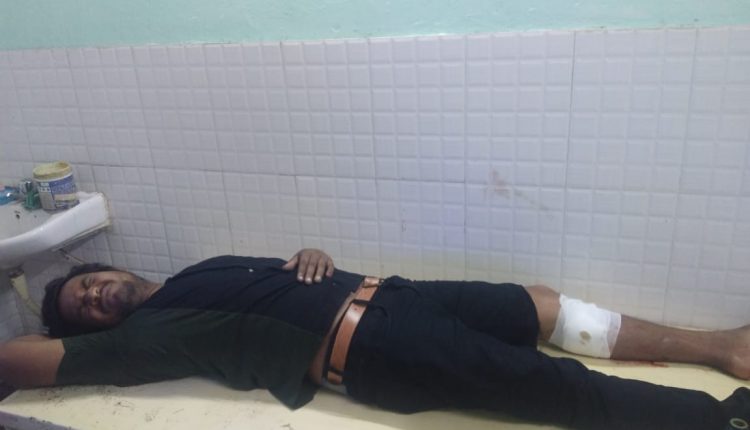 Cuttack: Notorious criminal Biju Behera, who is involved in Narendrakona firing incident, was injured in firing during a face-off with Puri Police on Wednesday.

According to reports, Biju Behera, of Gokhasahi and Kalia Muduli of Ura village reached the house of Jitendra Kumar Sahu at Narendrakona, Near ITI College and opened fire on him due to some monetary dispute after midnight. Unfortunately, the bullet hit Jitendra’s wife, who was trying to save him.

In the wee hours of Wednesday, the accused duo reached the house of a woman, Tuni Behera, at Matitota. The accused also assaulted Tuni and her son Kartika causing severe injuries. Following the spree in the town, the accused duo fled.

One team being led by Kumbharpada IIC BN Sethi got information about the accused Biju Behera hiding in Chandanpur area and conducted a raid. On confronting the accused, the cops asked him to surrender and tried to apprehend him. However, on seeing the police, the accused fired two rounds on the police team and tried to escape from the spot. In retaliation, the police team fired one round which hit Biju’s left leg.

Following a brief tussle, the Police team apprehend the accused Biju from the spot. The accused was immediately taken into custody and shifted to the local hospital for treatment.

SI Dibya Ranjan Panda of Kumbharpada PS, who was part of the police team, has also received minor injuries during the tussle.

The pistol and motorcycle, that was used by the accused in the Narendrakona firing incident, three rounds of bullets have been seized, the police said.

Another 451 COVID-19 patients recover in Odisha