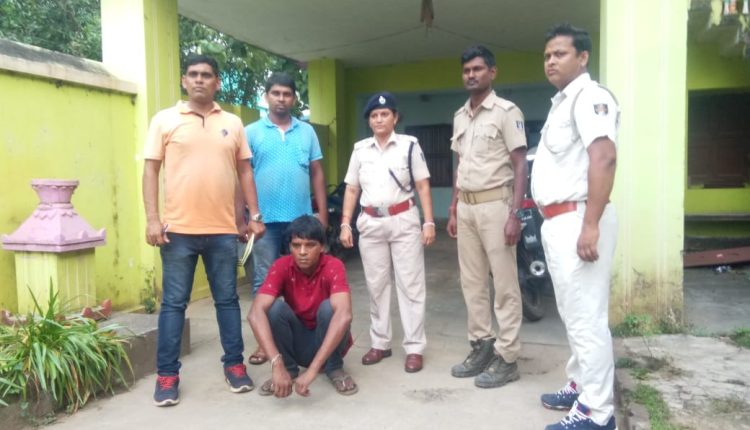 Jajpur: A notorious brown sugar smuggler, identified as Aju Das (37), has been apprehended by the Jajpur Excise department personnel from Kuakhia bus stand and contraband worth Rs 8 lakhs was seized from him, the police said on Saturday.

The accused Aju, of Padmapur near Sapagadiya under Jajpur Road police station limits, was waiting to sell brown sugar to peddlers and customers near Kuakhia bus stand underpass on National Highway No. 16 today.

Acting on a tip-off, a special squad led by Inspector Srimati Sahu, Sub Inspectors Bharat Chandra Mishra & Yajati Panda, ASI Satya Pradhan, and other constables, conducted a raid and apprehended Aju while seizing more than 50 grams of brown sugar and Rs 4,000 cash from him.

Police said the accused had smuggled brown sugar from Balasore district and was trying to sell small portions of the banned drug to peddlers and customers. He has been forwarded to the court today, the police added.

Notably, the notorious drug dealer was earlier arrested by the special squad on November 10, 2020, along with a large amount of brown sugar.  When he was released on bail after spending almost six months in jail, Aju started the drugs business again to make fast cash.