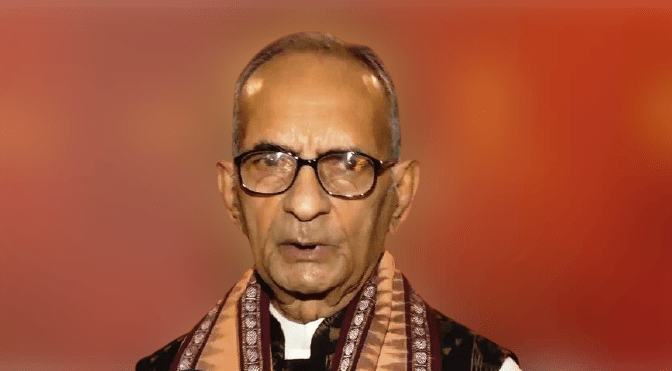 Sambalpur: Noted lyricist Padma Shri Mitrabhanu Gountia has been admitted to a hospital in Burla after he complained of chest pain on Tuesday.

According to sources, Gountia was initially admitted to a Kuchinda Sub divisional hospital and then taken to a private hospital in Burla. Later, family members admitted him to the VIMSAR, Burla at around 9:45 PM.

Gountia was conferred with the Padma Shri award by President Ramnath Kovind in 2020 for his contribution to the field of art.