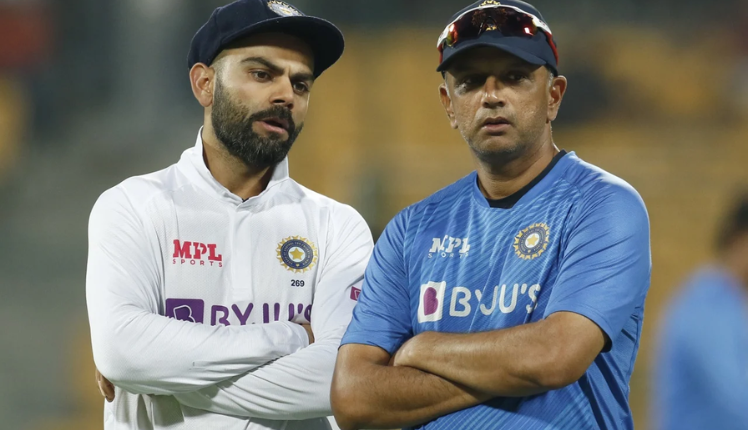 Not Worried About England’s Brand Of Cricket : Rahul Dravid

Head coach Rahul Dravid said India aren’t too focused about the brand of cricket that England have been playing lately and are only focusing on their own brand of cricket.

“Credit to them, they played well but we’re pretty confident as well. We believe we’ve been playing some very good cricket, positive cricket over the last few years. We believe that if we play well then we’ve got every chance to do well against them,” the head coach said.

The 47-year-old revealed that Ravichandran Ashwin is fit and available for the Test.

“Everyone else is fit. Ash was the other one with a bit of a concern because he had COVID but he came to the practice game as well and we got some bowling out of him. He pulled through really well in the nets, so I think the medical team is very happy and comfortable with his ability to be able to play five days. He’s fit,” said Dravid.

The head coach showered praise on Virat Kohli, saying he inspires a lot of guys on and off the field.

“He’s ticking all the right boxes. There are phases but don’t think he needs motivation – it’s just a phase. We want match-winning contributions from him. He continues to contribute on and off the field and inspires a lot of guys,” he said.

Dravid kept the cards closed as to who will be opening the innings for India.

“Obviously Mayank is a regular opener. We have other options; Bharat has opened in a lot of games for Andhra and showed in that side game that he is batting superbly at the moment. He got 70 and a 40 opening the batting (against Leicestershire) and we got him to open in that innings keeping a lot of things in mind. Pujara has got absolute great quality, he has opened for India as well in the past, so I wouldn’t want to give things away. But like I said, you know, in our minds, we are actually very clear in the direction we are going to take. But I’m just not at liberty to, and I don’t want to, disclose that. But we have clarity, if that’s what you’re asking,” added Dravid