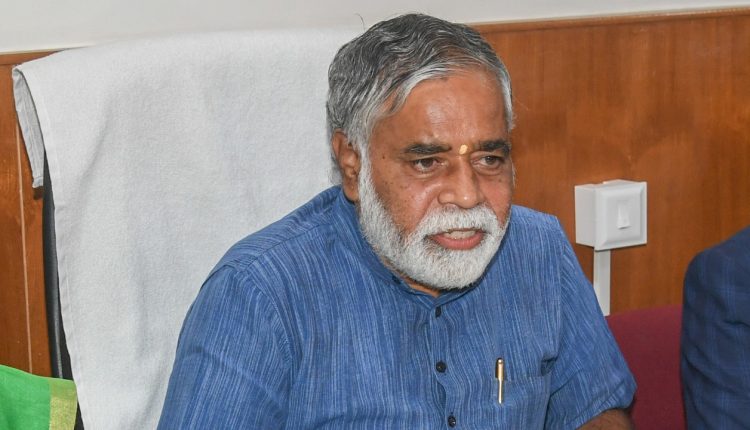 “Not So Serious”, Says Karnataka Minister On Teacher Referring A Student Terrorist

Bengaluru: Karnataka Minister of School Education and Literacy B C Nagesh reacting to the recent controversy following an assistant professor allegedly referring to a student as “Kasab”, felt that it is “not so serious”.

He also sought to know why names from a particular community became a national issue, but names like “Ravana” or “Shakuni” which are so commonly used for referring, does not become an issue at all.

“It is unfortunate, the incident shouldn’t have taken place, the teacher should not have used that name. But I also feel that it is not such (a) serious thing, because we use the name of Ravana for many students many times, we also use the name of Shakuni many times, but that doesn’t become an issue at all,” Nagesh said.