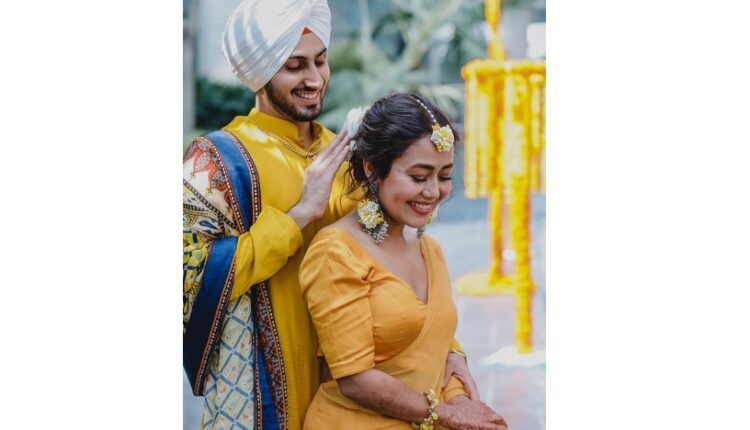 Mumbai: Singer Neha Kakkar, who broke the internet on Friday after she shared a picture with husband Rohanpreet Singh flaunting her baby bump, has finally cleared the air and announced that the picture is from her new song.

Taking to Instagram, she shared the same picture and revealed that it is their new song titled ‘Khyaal Rakhya Kar.’

Neha Kakkar announced that the song Khyaal Rakhya Kar will be out on 22nd December. The video features Neha alongside husband Rohanpreet. The lyrics have been penned by Babbu while the music is composed by Rajat Nagpal.

Neha and Rohanpreet tied the knot in October as per the Sikh wedding ceremony Anand Karaj.