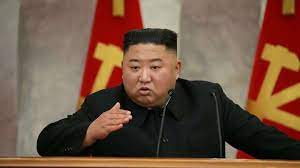 Seoul: An attempt by North Korea to fire an unidentified projectile Wednesday morning failed on launch, according to the South Korean Joint Chiefs of Staff.

Had the attempt succeeded, it would have been the tenth such launch from within North Korea this year.

The previous two launches, on February 26 and March 4, were intended to test a new intercontinental ballistic missile (ICBM) system, the US Defense Department said last week.