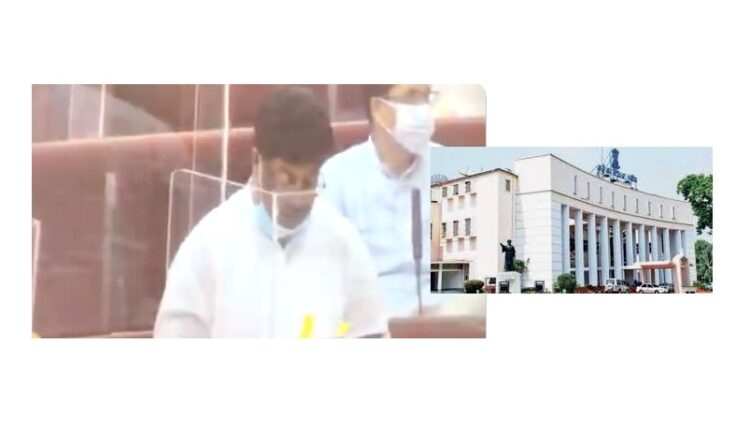 Normalcy Returns To Odisha Assembly After 6 Days Of Din

Bhubaneswar: Normalcy finally returned to the Odisha Assembly after 6 days of din that shook the house and was caused by opposition members over various issues.

Odisha Assembly Speaker S N Patro, who presided over an all-party meeting in the Assembly yesterday, said that he has already asked food supplies, consumer welfare and cooperation minister R P Swain to give a statement in the House on the latest data on the procurement of paddy in the state.

This apart, Patro said, it has been decided not to raise the Deogarh BJP MLA Subhas Panigrahis suicide bid issue in the Assembly now.

The House remained almost paralysed for six days as the opposition BJP and Congress demanded immediate lifting of farmers’ paddy lying in different state-run mandis across the state. During the protest, BJP MLA Subhas Panigrahi has made a suicide bid by attempting to drink sanitiser in the House on March 12.

On the other hand, high political drama unfolded on the streets of Bhubaneswar on Thursday as members of BJP carried out a march to Naveen Niwas (the residence of the CM) to ‘trace’ him.

In a rare display of political modesty, chief minister Naveen Patnaik on Thursday came out of his residence to meet the BJP MLAs, who were sitting on a outside Naveen Niwas, and invited them for talks.

DA Case: Assets Worth Over Rs 68L Found From Forest Ranger In Nuapada