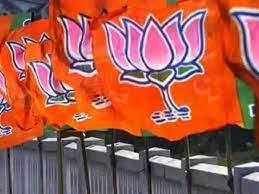 Thiruvananthapuram: The Kerala High Court will hear the petitions of two BJP candidates whose nomination papers were rejected yesterday.

The nomination papers filed by National Democratic Alliance (NDA) candidates in Thalassery and  Guruvayur districts were rejected by the respective polling officers.

Reports said the nomination of N Haridas (BJP President of Kannur) from the Thalassery constituency was rejected as the nomination paper didn’t have the signature of the BJP national president.

The nomination of Niveditha (state president of BJP women’s wing) from the Guruvayur constituency was rejected as she didn’t mention the state party chief’s name in her nomination paper.