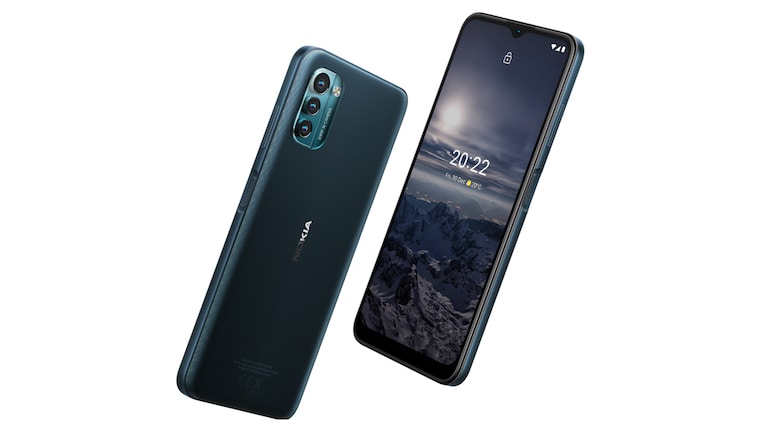 Nokia will launch the device with the same specs in India. The G21 will continue to sport an HD+ IPS LCD. The screen will be 6.5-inch tall and sport a waterdrop notch at the top centre for the front camera.

The device’s rear panel has received some design upgrades. There is now a rectangular camera module as opposed to the previous model’s circular module. The device features a triple-camera setup on the back. There is now a 50MP main camera sensor along with a 2MP macro camera and a 2MP depth sensor. HMD Global has ditched the 5MP ultrawide camera, which was present in the previous model.

The waterdrop notch houses an 8MP front camera sensor. Under the hood, the phone has a 5050 mAh battery. It has received an upgrade in the charging department. The budget smartphone from Nokia now features support for 18W fast charging out of the box. However, the European retail box comes with a 10W charging adapter. It is unknown if HMD Global will pack an 18W charging brick in the retail box of the G21 in India.

The phone draws power from a Unisoc T606 SoC. The International model comes with 4GB and 6GB of RAM along with a Mali G57 GPU. It is paired with 128GB of internal storage. There is an option to expand the storage via a microSD card.

Nokia has launched the global variant with Android 11 out of the box. The device is promised to get at least two years of Android updates and three years of security patches. In terms of connectivity options, the phone comes with a USB Type-C port, a 3.5mm headphone jack, 4G VoLTE, Bluetooth, GPS, WiFi, etc. The device also comes with an in-display fingerprint scanner and AI face unlock.

The Nokia G21’s price in Europe starts at EUR 170 (roughly Rs 14,000). It arrives in two storage options – Nordic Blue and Dusk. The device is expected to launch in India with a starting price of around Rs 13,000.