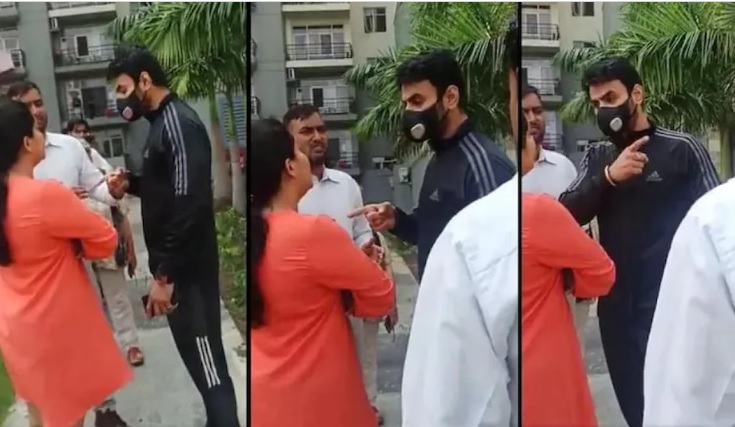 New Delhi: Shrikant Tyagi, the politician who abused and pushed a woman at a residential complex in Noida near Delhi, has been arrested from Meerut today.

The arrest comes after Tyagi’s lawyer moved a surrender application in a Greater Noida court and the UP police announced a reward of Rs 25,000 for information about him.

Shrikant Tyagi, who identified himself as the national executive member of the BJP’s Kisan Morcha and national co-coordinator of its Yuva Samiti, was seen abusing and heckling a woman at Noida Sector 93’s Grand Omaxe society last week and went missing after videos of the incident went viral.

Tyagi was seen arguing with a woman resident of the Noida housing society after she raised objections against planting some trees by the BJP leader, citing violation of rules.

The woman had said, “Shrikant Tyagi lives on the ground floor in this society. He was encroaching upon the plants here and I asked him to remove the plants. At this, he said, ‘If you touch the plants then I will touch you.’ He abused me a lot and abused my husband and my child.”

‘Stung By Honeybees’, 4-YO Dies In Koraput