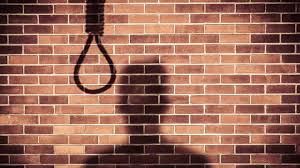 No Smartphone For Online Classes, Class-VIII Boy Kills Himself

Balasore: A Class- VIII boy student of Balasore district died by suicide on Tuesday as his father could not buy him a smartphone to use for online classes being held by his school amid the coronavirus lockdown.

The deceased studies at Kalasimuli Nodal School in Kalasimuli village under Baliapal block in the district.

According to sources, the minor boy had asked his father to buy a smartphone for him as the device was necessary for online classes. His father had promised him to buy a mobile phone but failed to do so following less income.

However, the minor was found hanging from the ceiling of the house yesterday. It is suspected that he took this extreme step when nobody was present at the house.

On being informed, police reached the spot and recovered the body for post-mortem. A case of unnatural death has been registered and further investigation into the matter is underway.

Ganja Plantation Worth Over Rs 13 Crore Destroyed In Gajapati