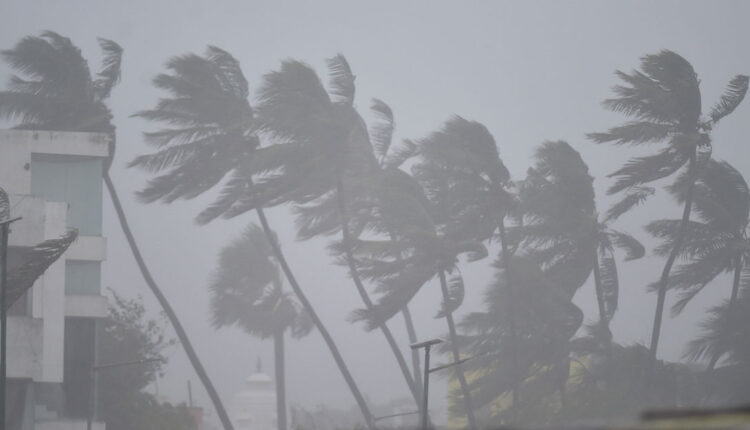 No Impact Of Cyclone ‘Burevi’ On Odisha: IMD

Bhubaneswar: Cyclone Burevi, which is likely to intensify further during the next 12 hours, will have no impact on Odisha, said the Indian Meteorological Department’s (IMD) regional centre.

The IMD in it’s latest bulletin said, “Deep Depression over southwest Bay of Bengal moved
west-northwestwards and intensified into the Cyclonic Storm ‘Burevi’ over the same region in the
same evening (1730 hrs IST of 1st December). It moved west-northwestwards with a speed of 18 kmph
during past six hours and lay centered at 0830 hrs IST of today, the 02nd December 2020 over southwest Bay of Bengal near Lat. 8.6°N and Long. 83.0°E, about 200 km east of Trincomalee (Sri Lanka), 420 km eastsoutheast of Pamban (India) and 600 km nearly east-northeast of Kanniyakumari (India).”

“It is very likely to intensify further during next 12 hours and very likely to move west-northwestwards and
cross Sri Lanka coast around latitude 9.00N, to north of Trincomalee during evening/night of 2nd December as a Cyclonic Storm with a wind speed of 80-90 kmph gusting to 100 kmph.

It is very likely to move nearly west-northwestwards thereafter, emerge into Gulf of Mannar and adjoining Comorin area on 3rd December morning. It would then move nearly west-southwestwards very close to coast slowly and cross south Tamil Nadu coast between Kanniyakumari and Pamban during 3rd December night and 4th December early morning as a Cyclonic Storm with wind speed of 70-80 kmph gusting to 90 kmph,” the centre added.

It further added that weather in Odisha will remain dry for next five days and there will be no major changes in minimum temperature during this period.