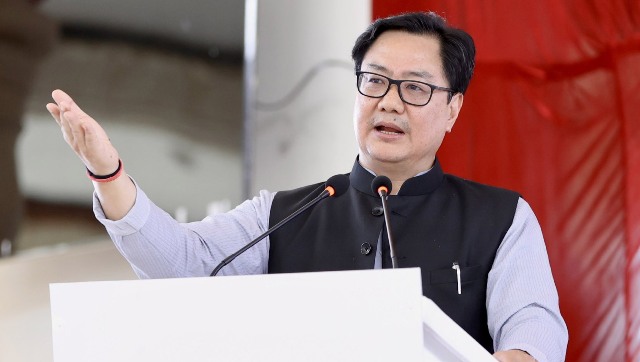 New Delhi: Union Law and Justice Minister Kiren Rijiju on Friday said that Odisha government has not yet submitted a detailed proposal for establishment of benches of Orissa High Court.

To a query of Koraput MP (Congress) Saptagiri Sankar Ulaka in Lok Sabha, the Law Minister said that Odisha government has only requested for setting up of Orissa high court bench in western and southern region of Odisha.

Rijiju said requests for establishment of high court benches in places other than the principal seat of high courts have been received from various organisations from time to time including government of Odisha.

“The Central government has requested the state government of Odisha to work out details of proposed benches including its location in consultation with the high court of Orissa. However, no response has been received yet,” said the Law Minister.

At present, no complete proposal from the Odisha government regarding setting up of a bench of the high court is pending with the Centre, he clarified.

Informing about the criteria for establishment of high court benches, Rijiju said the benches are established in accordance with the recommendations made by the Jaswant Singh Commission and judgment pronounced by the Apex Court in W.P.(C) No. 379 of 2000.

The state government which has to provide necessary expenditure and infrastructural facilities need to submit a complete proposal in consultation with the chief justice of the High Court concerned which is required to look after the day-to-day administration of the High Court.