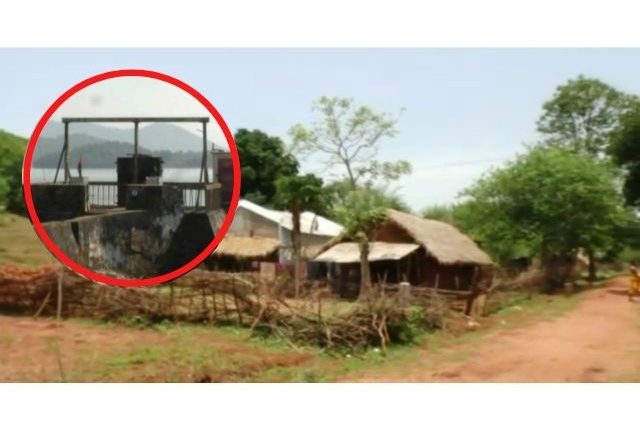 Phulbani: Even after five decades have passed, the people of Sundaragad village under Khajuripada block in Kandhamal district, who were displaced due to the Salki irrigation project in 1984, are facing severe hardship as they are forced to live in semi-constructed houses without any basic amenities.

The basic facilities have not been made available to people, indicating crass failure of the administration in the district. There are no pucca roads, piped drinking water to househould, healthcare, school, streetlights, and similar other amenities in this village. Some families who had shifted here are living a hard life.

Locals alleged that the irrigation project has affected them and the administration has not taken even a fraction of interest in their well-being in these years.

The whole area is covered in darkness as there are no streetlights in the area. There is no drinking water. People depend on bore wells that they have dug on their own. Besides, families who have shifted here first are yet to get houses under Biju Pucca Ghar Yojna, locals alleged.

“As night falls, mosquito menace comes to the fore. Doors were not fitted to some houses. No fogging is being done to curb the mosquito menace. Children are fearing to go out as poisonous snakes are moving around,’’ a local said.

Meanwhile, on being asked about the issues, the President of the Khajuripada block said he would look into these issues and will try to resolve them as early as possible.