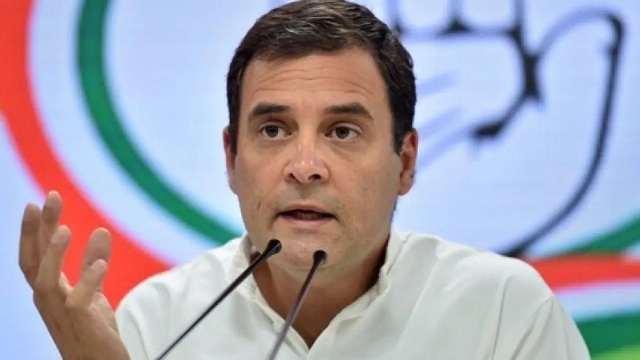 No Action Against Culprits Of Morbi Bridge Tragedy As They Link To BJP: Rahul Gandhi

Rajkot: Congress leader Rahul Gandhi on Monday said no action has been taken against  the “real culprits” behind the last month’s collapse of a suspension bridge in Gujarat’s Morbi town, where 135 people were killed, because they share a “good relationship” with the ruling Bharatiya Janata Party (BJP).

Addressing an election rally in Rajkot, his second in the day, he said while watchmen (posted at the accident site) were arrested and jailed, no action was taken against the real culprits.

When journalists asked me what I think about the Morbi tragedy… I said around 150 people died and this is not a political issue and so I would say nothing on this. But the question arises today as to why no action was taken against those who were behind this (tragedy), why no FIR (has been filed against them)?” he asked.

“Will nothing happen to them because they share a good relationship with the BJP? They arrested chowkidars (watchmen) and put them behind bars, but no action has been taken against the real culprits,” the Congress MP alleged.

BMC Warns Of Action Against Misuse Of Parking Space

BJP is trying to deceive the Women SHGs of Padampur and Odisha: BJD’s Sasmit…

BJP is trying to deceive the Women SHGs of Padampur and…