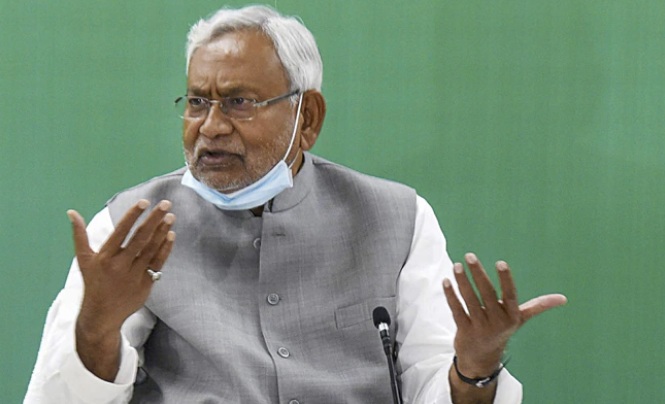 Patna: Nitish Kumar government has approved a proposal for providing free anti-coronavirus vaccine to all the people in Bihar.

The decision was taken at the first meeting of the cabinet.

Union finance minister Nirmala Sitharaman had announced that Bihar would be given free vaccines against Covid-19 during the state polls.

Notably, free corona vaccine in the state was also promised by the BJP in its manifesto for the recent assembly elections which was released here by Union Finance Minister Nirmala Sitharaman. The BJP is a partner in the ruling NDA in the state.

The cabinet has also cleared a proposal for generating 20 lakh private and government jobs — which were promised by the National Democratic Alliance to counter Leader of Opposition Tejashwi Yadav’s government jobs promise.

In another major decision, in line with its poll promise, the cabinet also approved a proposal of generating 20 lakh jobs in government and private sectors by establishing a separate department for skill development and setting up of “mega skill centres” and “tool rooms” across all 38 districts.

The cabinet gave its go-ahead for implementation of “Saat Nishchay Part-2”, the second part of seven resolves of the chief minister, elucidating his blueprint for governance taking off from the work completed in the previous tenure.

The government has also cleared several proposals linked to women empowerment. A fixed grant of Rs 50,000 will be given to unmarried graduate women; while those who have only completed school will get Rs 25,000. A scheme will be launched under which women will be given interest-free loans up to Rs 5 Lakh to become entrepreneurs.