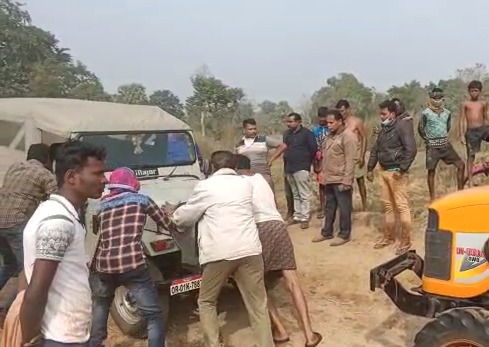 According to reports, the sand mafia attacked the Tehsildar for opposing illegal sand quarrying and smuggling. They also detained Nayak and his driver for nearly an hour.

On intimation, Nilagiri police reached the spot and rescued the duo. The police have also registered a case in this regards and launched a probe into it.

As per available information, the Nilagiri Tehsildar received a tip-off that sand is being illegally lifted from Pundala sand quarry by engaging tractors and truck. Following this, Nayak rushed to the spot without any police protection and tried to stop the illegal activity.

However, some men intercepted him and attacked. They also took away the sand-laden tractor after putting the Tehsildar under detention.

Alert citizens complained that though the sand mafia is ruling the roost in the locality, no stern actions have been taken against them.