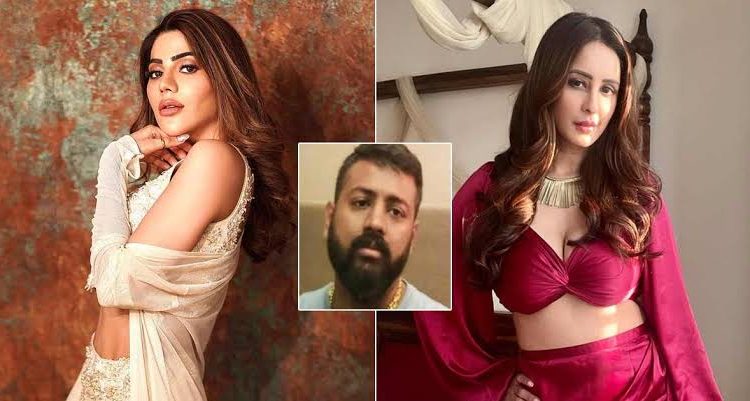 New Delhi: The probe into the Rs 200 crore extortion case involving multimillionaire conman Sukesh Chandrashekhar is being probed by the Economic Offences Wing of Delhi Police. The authorities have resorted to a unique way to understand how he operated his extortion racket from jail. Recently, the EOW recreated the meetings that took place between Sukesh and actresses Nikki Tamboli and Sofia Singh. The two met him inside the premises of Tihar Jail.

During his stay in Tihar, many people including celebrities arrived in luxury cars and gained entry inside the jail by saying they were there to meet Chandrashekar, the officer said.

Videography of the entire recreation of the meeting was also done, police said. “Many people visited Chandrashekhar inside the jail. However, we are only summoning those who are relevant to our investigation. Currently, Chandrashekar is jailed in Mandoli Prison,” the official said.

Special Commissioner of Police (Crime) Ravindra Yadav said, “We are doing a thorough investigation in the case and that’s why we have recreated the scene of meeting of the actresses with Chandrashekhar. That has given us a clear understanding of how this fraud was carried out. This will help us in prosecution.”

Investigation has also revealed that Chandrashekar had a proper office inside the prison with television, sofa, carpet and other amenities. It appeared like his office and not jail, another police officer said.

“Jail security was compromised. Luxury cars used to go inside the prison after visitors claimed they were going to meet Sukesh. Security checks were not done for those going to meet Chandrashekar. He had so much money that he was spending crores on jail officials. No one stopped him since he had bribed jail officials,” he added.

Most of the time, Chandrashekhar introduced himself either as a business tycoon from the south, a movie producer or a television channel owner and lured actors by offering them roles in “his upcoming movies”, the police said. The investigation of the case is still underway and so far, no clean chit has been given to any of the actors involved in the case, they said.

“Investigation also suggest that Chandrashekhar had contacted other actors as well with the same modus operandi. The two actors were introduced to the alleged conman through Pinki Irani who has already been questioned by the EOW team,” the officer said.

He added that these illegal activities of Chandrashekhar and his operations were carried out with the involvement of senior jails officials. “We are investigating the role of each of these jail officials who were working for Chandraskehar. Under Maharashtra Control of Organised Crime Act, six Tihar jail officials have already been arrested. The role of other jail officials are under scrutiny,” the officer said.

BTS’ V interacts with ARMYs; replies to fan who says Jungkook ignores them