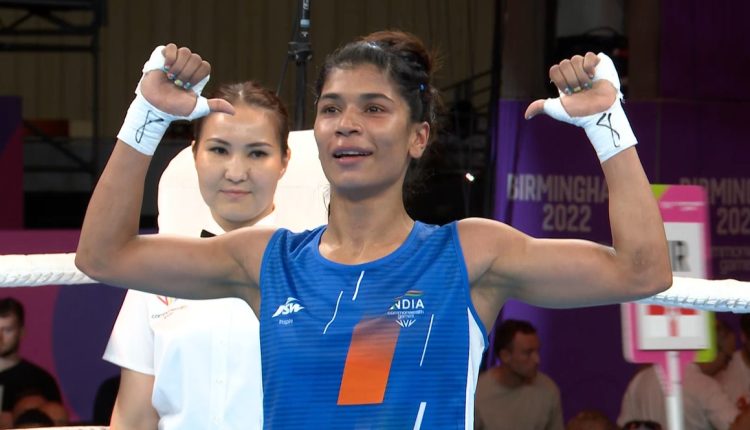 Nikhat Zareen has been on a golden run over the past few months. The Indian boxer won the world championships gold medal in Istanbul, Turkey in May and followed it up with another gold medal at the Commonwealth Games 2022. It was her first medal at the Games.

Nikhat Zareen also displayed her versatility as she won the world championship gold in the 52kg (flyweight) category while her CWG triumph came in the 50kg (light flyweight).

The move was necessary as there was no 52kg category at Birmingham 2022, which is also the case for the Paris 2024 Olympics.

The world champion had to choose whether to move up to the 54kg or drop down to the 50kg. Nikhat Zareen opted for the latter option and after it worked out well for her at the Birmingham Games, she wants to continue in the 50kg category with an eye on Paris 2024.

“I prefer losing weight and boxing in lower weight categories. So, I will continue in this category,” Nikhat Zareen told PTI.

While the move may seem trivial to a layman, the pugilist explained that it was not so simple.

“The win is very important for me as it has come in a new category. I had to work harder to cut down two kilograms and at the same time not let up the speed and power,” Nikhat explained.

“There were a lot of expectations on me after winning the world championships, no doubt about that. But it’s good to be in a pressure situation. I don’t want to take it easy in the ring. I should feel that I’m under pressure and people expect a medal from me. Pressure only brings the best out of me,” she added.

Nikhat Zareen will have exactly two years to prepare for the Paris 2024 Olympics in the 50kg category. As she stated, the expectations will certainly be high from her.