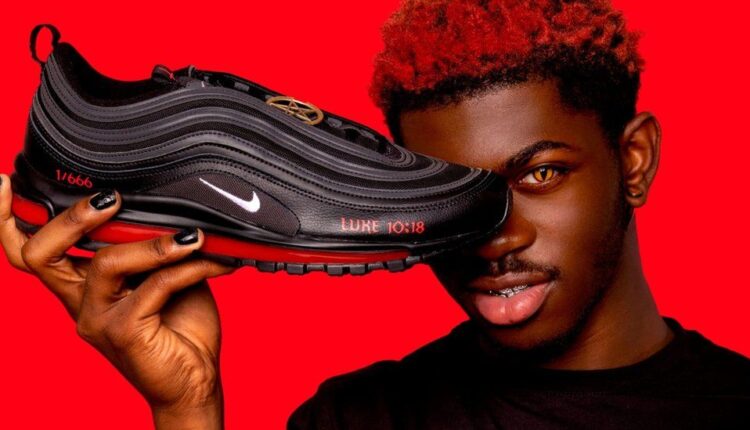 New York: Nike is suing Brooklyn art collective MSCHF over a controversial pair of “Satan Shoes” that contain a drop of real human blood in the soles.

It started with a recently released music video that sees the 21-year-old of ‘Old Town Road’ fame, Lil Nas X, give the devil a lap dance, which resulted in the Grammy winner exchanging disses with a sitting US governor who took issue with the seductive clip and began tweeting Bible verses at him.

The shoes, launched by American rapper Lil Nas X in collaboration with a Brooklyn-based prank company MSCHF, are adorned with a pentagram and the number 666. The blood is supposedly from employees of prank company MSCHF who mixed it with ink to fill an air bubble in each pair of the ‘Satan Shoes.’ The black and red sneakers were made using Nike Air Max 97s.

Nike, however, has distanced itself from the satanic shoes – by suing the prank company who made them.

Nike said in the lawsuit that the company, MSCHF Product Studio Inc, infringed on and diluted its trademark with the black-and-red, devil-themed shoes, which went on sale online on Monday. Lil Nas X is not named as a defendant in the suit. Several media outlets reported that the shoes sold out in less than one minute at a cost of $1,018 per pair. Lil Nas X said on Twitter he would choose the recipient of the 666th pair from social media users who circulated one of his tweets. Nike, in its lawsuit filed in federal court in New York, said the shoes were produced “without Nike’s approval and authorization,” and the company was “in no way connected with this project.”