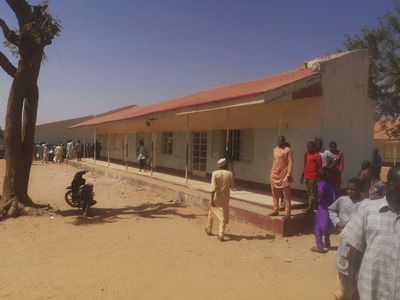 Abuja: Authorities in Nigeria have mounted efforts to rescue students taken hostage by armed men who raided their hostels recently.

Soldiers were working to locate and free the hostages, governor Aminu Bello Masari, who visited the school on Saturday, said.

An 18-year-old student told news agencies over phone that there were a total of 520 of us that were taken by the gunmen from the school.

He said after taking as hostage a headcount was on and they are 520 in total.