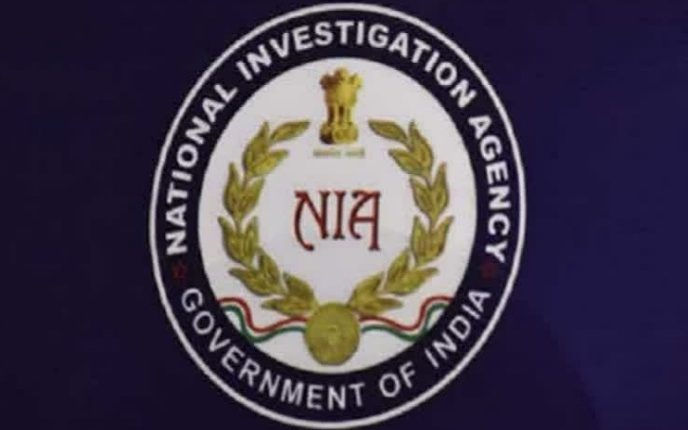 New Delhi: The National Investigation Agency (NIA) has filed a supplementary chargesheet against four alleged Lashkar-e-Mustafa operatives in a case related to a conspiracy to carry terror activities here, an official said on Sunday.

The chargesheet against Mohd Arman Ali alias ‘Arman Mansuri’ and Mohd Ehsanullah alias ‘Guddu Ansari’, both residents of Bihar, and Imran Ahmad Hajam and Irfan Ahmad Dar of Jammu and Kashmir’s Anantnag district, was filed in the NIA special court, Jammu, on Saturday, a spokesperson of the agency said.

The NIA said the case against the alleged terrorists was filed under various sections of the Indian Penal Code, Arms Act, Explosive Substances Act and Unlawful Activities (Prevention) Act.

The spokesperson said the case relates to hatching of a conspiracy by the operatives of the Lashkar-e-Mustafa (LeM) at the behest of proscribed Pakistan-based terrorist organisation Jaish-e-Mohammed to carry out terrorist activities in the Jammu area with an intention to threaten the sovereignty, integrity and security of India.

Initially a case was registered at the Gangyal police station in Jammu on February 6 last year and later, the NIA had taken over the investigation after re-registering the case on March 2 last year.

Earlier, the agency had filed a chargesheet in the case against six accused persons on August 4 last year.

“Investigation revealed that the four accused persons charge sheeted yesterday (Saturday) had conspired, procured and transported weapons from Bihar to Jammu and Kashmir via Punjab and Haryana for the LeM in order to carry out terror activities in the Union Territory of Jammu and Kashmir especially in the Jammu region,” the spokesperson said.

The lid over the LeM conspiracy was blown when police arrested its self-styled chief commander Hidayatullah Malik, a resident of Shopian in south Kashmir, in a dramatic anti-terrorism operation from the Kunjwani area of Jammu on February 6.

His interrogation led to the arrest of five other accused, including a resident of Bihar, Javaid Alam Ansari, who was subsequently arrested from his house at Deobahuara village of Chapra and was brought to Jammu on transit remand on February 20 last year.

On February 14 last year, Jammu and Kashmir Director General of Police Dilbag Singh said Malik had set up a network to get weapons from Bihar and sourced seven pistols from there, and got them distributed among terrorists in the Valley.

The police chief revealed that Malik had forwarded a video of NSA Ajit Doval’s Delhi office to his handler in Pakistan which means they were planning an attack there as well.

(This report is auto-generated from PTI news service.)

Bolangir: Youth Arrested For Killing Lover Over Cancelled Marriage Due To Dowry Demand