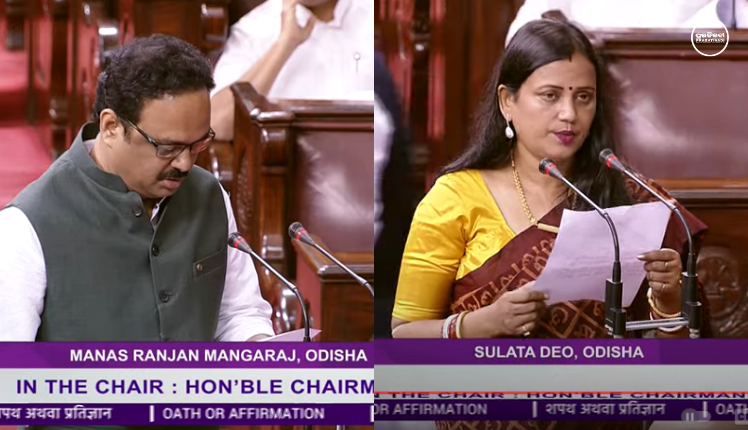 Bhubaneswar: Odisha ruling BJD Rajya Sabha MPs Manas Mangaraj and Sulata Deo took oath in the chamber of the upper house of the Parliament on Friday.

These two BJD leaders were elected to the upper house in the recently concluded Rajya Sabha elections.

While the senior BJD leader Manas Mangaraj was working as the Media and Public Relations Advisor to the Odisha Government, Sulata Deo was previously advisor to the ‘Mission Shakti’ program of the Government of Odisha.

Payal Rohatgi And Sangram Singh Visit Temple Ahead Of Their Wedding: See Pics