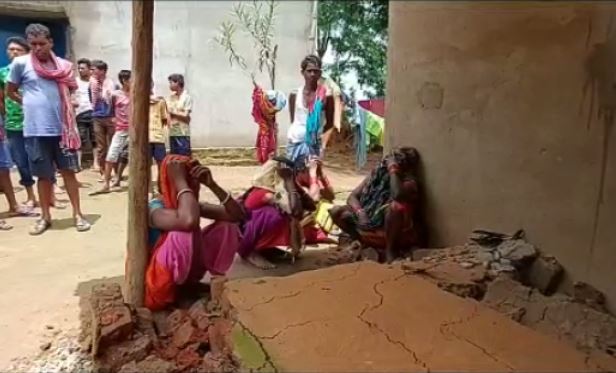 Nabarangpur: A six-month-old girl child died after a wall collapsed on her at Pujaribharandi village under Umarkote block in Nabarangpur district on Friday.

The deceased has been identified as Jhilli Ganda, the daughter of Rama Ganda of the same village.

According to sources, the mishap took place this afternoon when Jhilli’s mother was busy with household works after leaving her on a bed.

Suddenly, a wall of the Kucha house collapsed due to an incessant shower. Following this, the infant came under the debris and died on the spot.

On being informed, locals recovered the body from the debris. A pal of gloom descended in the village due to the newborn’s death.