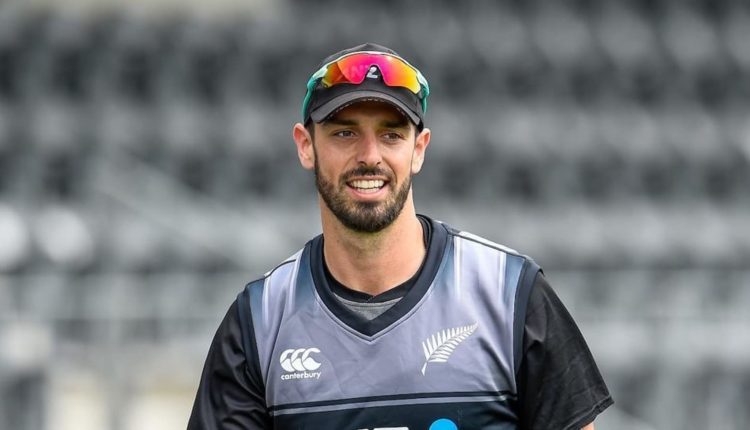 According to reports, Mitchell fractured his right hand while training in the nets at Lincoln on Friday. The 31-year-old sustained a blow to his hand and upon an X-Ray, it was determined that Mitchell had fractured his fifth metacarpal (pinkie finger).

New Zealand team’s physio Theo Kapakoulakis confirmed Mitchell’s hand had been placed in a cast which would need to remain on for at least two weeks.

New Zealand are set to depart for Australia on 15 October and teams can make changes to their squads until 9 October, after which any replacements would need to be sanctioned by the ICC.

“It’s a real shame for Daryl to suffer this injury on the eve of an exciting period of cricket for the side,” Stead said.

“Daryl’s become a really important player to our T20 unit and we’re certainly going to miss his all-round skills and versatility in the tri-series.

“With our first game of the World Cup in just over two weeks we need to take some to consider Daryl’s recovery timeline and his potential involvement in the tournament.”

New Zealand have not yet named Mitchell’s replacement for the tri-series. They begin their tri-series campaign on 8 October against Pakistan at the Hagley Oval.