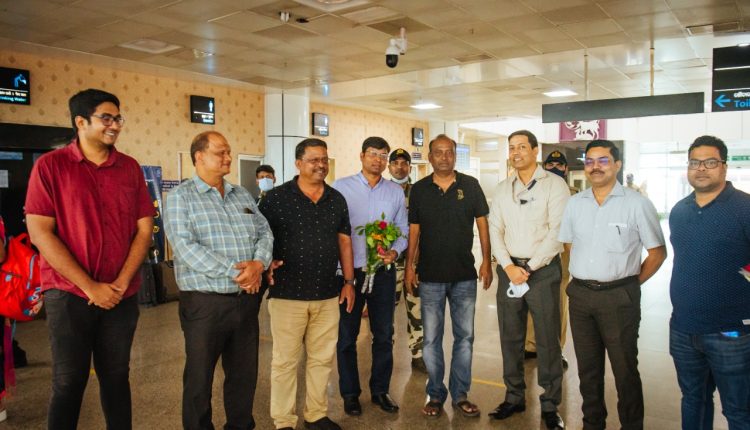 Bhubaneswar: Ace hockey star and new Hockey India president Dilip Tirkey on Saturday was accorded rousing welcome by the members of Hockey Association of Odisha and department of Sports soon after he arrived in the State Capital.

Sports Secretary Veenel Krishna and other officials greeted him and extended best wishes for the future endeavour at Kalinga stadium in Bhubaneswar.

The former Hockey India captain, who was elected Hockey India president unopposed on Friday, thanked CM Naveen Patnaik for his continuous support to the national game.

Tirkey promised to take the game to new height.

The Arjun awardee player was declared the chief of Hockey India after two of contestants withdrew nominations.