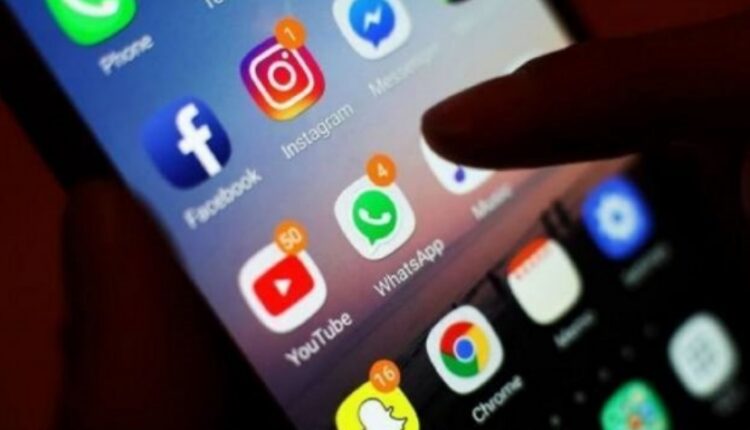 The social media platforms will be required to disclose the first originator of the mischievous content, said IT Minister Ravi Shankar Prasad on Thursday while announcing the new social media guidelines.

Significant social media intermediaries must have a chief compliance officer and nodal contact officer residing in India to perform the grievance redressal for users, he said.

Concerns have been raised about rampant abuse of social media platforms and spread of fake news and the government is bringing in a “soft touch” regulation, IT minister Ravi Shankar Prasad said while announcing the new guidelines.

According to the new rules, social media intermediaries have to appoint grievance officer, who shall register complaints in 24 hours. The grievance redressal official must be resident in India, and monthly compliance reports will have to be filed by social media platforms.

Social media platforms on being asked by court or government will be required to disclose the first originator of the mischievous information.

The platforms must also have a grievance redressal officer residing in India who shall register complaints in 24 hours. Further, social media platforms are required to file monthly, according to the new rules announced.

Ravi Shankar Prasad said the content involving nudity, morphed pictures of women have to be removed within 24 hours of order.

“There is a rationale behind framing the new guidelines. The Supreme Court had asked us to frame guidelines to cut down hate content and there are also many orders of the high courts,” said Prasad.

“The government has done widespread consultation after drafting the rules,” he said.

“Social media is empowered and welcome to do business in India, said Ravi Shankar Prasad, adding that it is also very important that social media users must be given a forum against abuse of social media.

“We have received many complaints that some of the content on social media is impinging on the dignity of many users,” he said

With the new rules, India joins nations across the world increasingly looking to regulate social media platforms. Recently, Twitter clashed with the Indian government on content takedown requests. The government had asked the micro-blogging giant to remove some 1,100 accounts and posts for alleged spread of misinformation about the widespread protests by farmers against new agricultural laws.

Both the Ministries of Electronics and Information Technology and Ministry of Information and Broadcasting undertook elaborate consultations among themselves in order to have a harmonious, soft-touch oversight mechanism in relation to social media platform as well as digital media and OTT platforms etc.

Grievance Redressal Mechanism: The Rules seek to empower the users by mandating the intermediaries, including social media intermediaries, to establish a grievance redressal mechanism for receiving resolving complaints from the users or victims. Intermediaries shall appoint a Grievance Officer to deal with such complaints andshare the name and contact details of such officer. Grievance Officer shall acknowledge the complaint within twenty four hours and resolve it within fifteen days from its receipt.

Ensuring Online Safety and Dignity of Users, Specially Women Users: Intermediaries shall remove or disable access withing 24 hours of receipt of complaints of contents that exposes the private areas of individuals, show such individuals in full or partial nudity or in sexual act or is in the nature of impersonation including morphed images etc. Such a complaint can be filed either by the individual or by any other person on his/her behalf.

Additional Due Diligence to Be Followed by Significant Social Media Intermediary:

Removal of Unlawful Information:An intermediary upon receiving actual knowledge in the form of an order by a court or being notified by the Appropriate Govt. or its agencies through authorized officer should not host or publish any information which is prohibited under any law in relation to the interest of the sovereignty and integrity of India, public order, friendly relations with foreign countries etc.
The Rules will come in effect from the date of their publication in the gazette, except for the additional due diligence for significant social media intermediaries, which shall come in effect 3 months after publication of these Rules.

Digital Media Ethics Code Relating to Digital Media and OTT Platforms to Be Administered by Ministry of Information and Broadcasting:

There have been widespread concerns about issues relating to digital contents both on digital media and OTT platforms. Civil Society, film makers, political leaders including Chief Minister, trade organizations and associations have all voiced their concerns and highlighted the imperative need for an appropriate institutional mechanism. The Government also received many complaints from civil society and parents requesting interventions. There were many court proceedings in the Supreme Court and High Courts, where courts also urged the Government to take suitable measures.
Since the matter relates to digital platforms, therefore, a conscious decision was taken that issues relating to digital media and OTT and other creative programmes on Internet shall be administered by the Ministry of Information and Broadcasting but the overall architecture shall be under the Information Technology Act, which governs digital platforms.

Ministry of Information and Broadcasting held consultations in Delhi, Mumbai and Chennai over the last one and half years wherein OTT players have been urged to develop “self-regulatory mechanism”. The Government also studied the models in other countries including Singapore, Australia, EU and UK and has gathered that most of them either have an institutional mechanism to regulate digital content or are in the process of setting-up one.

The Rules establish a soft-touch self-regulatory architecture and a Code of Ethics and three tier grievance redressal mechanism for news publishers and OTT Platforms and digital media.

Notified under section 87 of Information Technology Act, these Rules empower the Ministry of Information and Broadcasting to implement Part-III of the Rules which prescribe the following: