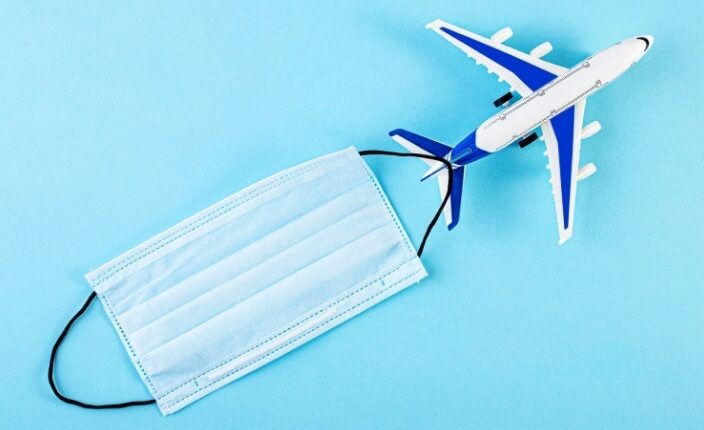 New Delhi: As the country reported fresh cases of South African and Brazilian strain of coronavirus, the government on Wednesday issued new standard operating procedures for all international flyers.

The new guidelines, which will be in force from February 23, also mandated the passenger to submit a self-declaration form (SDF) for COVID on the online Air Suvidha Portal prior to the scheduled travel.

‘All the travellers arriving from/transiting through flights originating in the United Kingdom, Europe or the Middle East will be mandatorily subjected to self-paid confirmatory molecular tests on arrival at the Indian airports concerned’. ‘While filling SDF the passengers will need to select whether they plan to disembark at the arrival airport or take further flights to reach their final destination in India’, the guidelines stated.

The government said that ‘keeping in mind the testing requirements for passengers from UK, Brazil and South Africa, who have to take connecting flights, airlines should keep the passengers informed about the need for the transit time of a minimum of 6-8 hours at the entry airport (in India) while booking the tickets for connecting flights, the guidelines further stated.

‘The airlines will need to identify the international travellers arriving from/transiting through the United Kingdom, Brazil and South Africa (during past 14 days) and segregate them in-flight or while disembarking to facilitate the authorities to follow the due protocol in respect of these travellers.

Travellers from Brazil, South Africa and the United Kingdom, testing positive (either at the airport or subsequently during home quarantine period or their contacts who turn positive) will be isolated in an institutional isolation facility in a separate (isolation) unit coordinated by the respective state health authorities’.

Passengers travelling through UK, Europe and the Middle East have to compulsorily get an RT-PCR upon arrival at their own expense.

This will cover passengers from South Africa and Brazil as well, since there are no direct flights from these two nations.