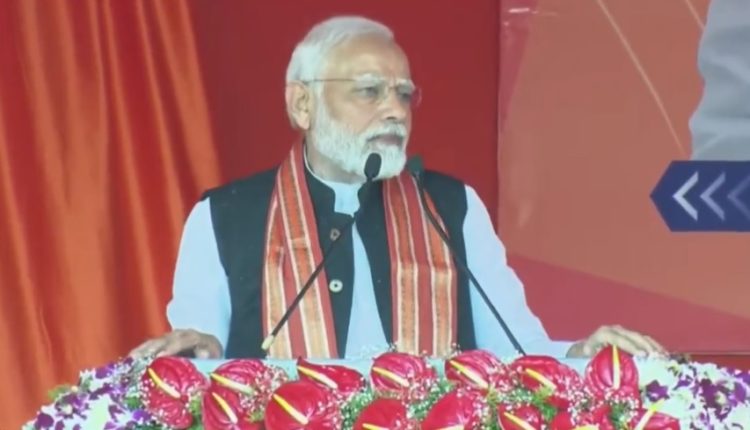 Panaji: Prime Minister Narendra Modi will inaugurate the first phase of the international airport at Mopa in Goa and various other projects on December 11 during his visit to the coastal state, Chief Minister Pramod Sawant said on Monday.

The airport at Mopa in North Goa, being built at a cost of Rs 2,870 crore, will be the second facility in the state in addition to the existing airport at Dabolim, Sawant told reporters here.

The existing Dabolim Airport has the capacity to handle 85 lakh passengers in a year, but it does not have the facility for cargo transportation, which is there at the new airport, the CM said.

“Prime Minister Modi will arrive in Goa on December 11 and commission the first phase of the Mopa international airport,” he said.

The GMR Goa International Airport Limited will operate the new facility for a period of 40 years, extendable up to another 20 years. The project is spread across 2,312 acres of land in North Goa, the chief minister said.