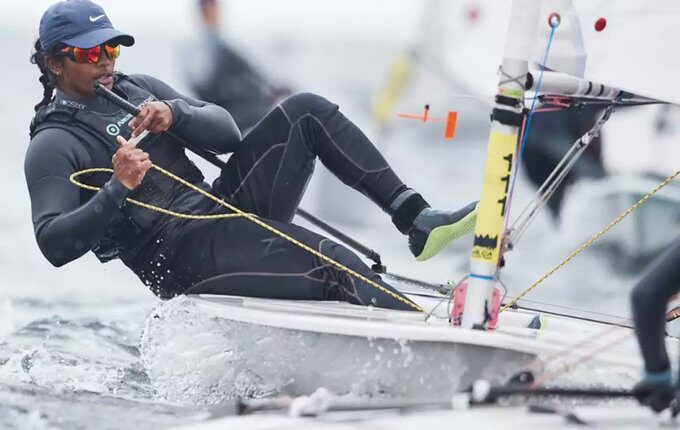 New Delhi: Nethra Kumanan became the first woman sailor to qualify for the Tokyo Olympics by coming first at the Laser Radial event in the Mussanah Open Championship, a joint Asian and African Olympic qualifying event.

Kumanan will be the 10th Indian to qualify for a sailing event in the Olympics, but all the earlier nine had been male athletes.

Kumanan is the first Indian to have booked a direct quota place by topping a qualifier.

Kumanan had taken an unassailable lead in the Laser Radial event on Wednesday itself. Her 21-point lead over the chasing pack had almost ensured her qualification to the Olympics, and an incident-free event on Thursday saw formalities being completed.

Laser Radial is a singlehanded boat, which means that it is sailed by only one person.