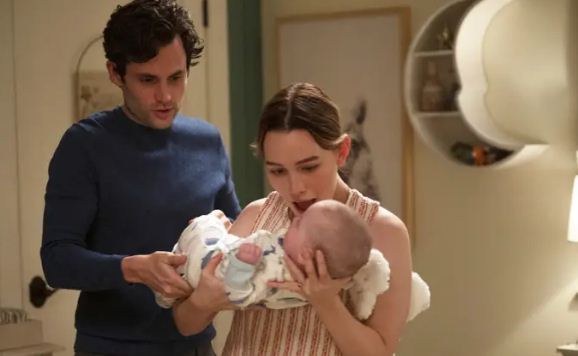 New Delhi: Netflix has recently unveiled the official trailer of  You season 3 on Friday which shows Joe Goldberg’s  (Penn Badgley) new obsession issues who stalks women and doesn’t mind killing those who pose as a roadblock on his path.

In season 2, he assumed a new identity and meets Love Quinn (Victoria Pedretti), and falls into the same cycle of obsession, stalking, and ‘removing obstacles’. The twist in season 2 was that Love Quinn turned out to be the same as Joe.

Meanwhile, the season 3 they have been settled in married life in a quiet suburban neighbourhood. However, as the trailer promises, good (if the union of two psychopaths can be called good) things do not last.

YOU‘s third season drops on Friday, Oct. 15. Hit PLAY on the trailer below to watch the video: