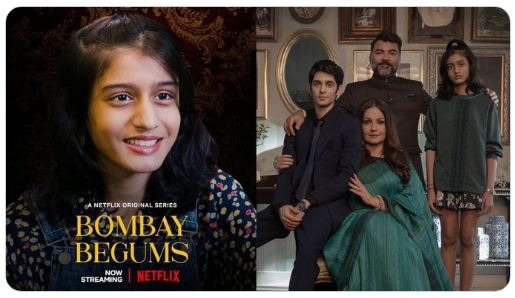 Netflix & ‘Bombay Begums’ In Soup Over ‘Wrongful’ Depiction of Kids

Mumbai: The National Commission for Protection of Child Rights on Thursday issued a notice to OTT platform Netflix for the ‘wrongful’ depiction of kids in the web series “Bombay Begums” and asked it to submit an action taken report within 24 hours.

In a two-page notice, the Commission has said that “from normalization casual sex by minors, web series are now normalising the use of drugs”.

The notice follows complaints received by the Commission from two Twitter handles.

The apex child rights body has also taken into cognizance a scene from the series where minors are shown taking pictures of their “developed body parts” and send them to a classmate.

“…series with this kind of content will not only pollute the young minds of the children, and may also lead to abuse and exploitation of children in the hands of perpetrators/ offenders(sic),” says the notice.

Ever since the release of Bombay Begums, the show has been facing outrage on social media by a section of Twitteratis. Post the notice issued by NCPCR, the sharp criticism has intensified with netizens asking for a ban on the show.

Nick Jonas Shares Pics With Priyanka And Daughter From Their Vacation; Have A Look