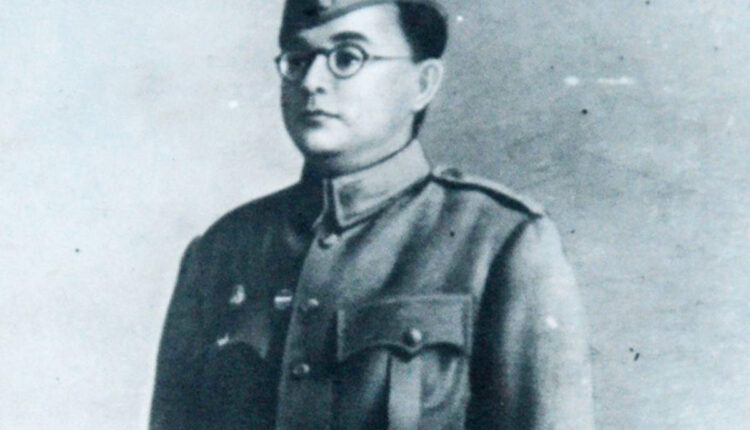 Cuttack: Netaji Subhas Chandra Bose was an Indian nationalist and popular freedom fighter who encouraged the people to engage in radical protest and revolution in India.

Every year on January 23, the birth anniversary of freedom warrior Subhas Chandra Bose is commemorated. Bose was born in Cuttack, Odisha, on January 23, 1897. Netaji is a politician and intellectual who made a significant contribution to India’s freedom struggle.

This year marks the 125th anniversary of Netaji’s birth, and the government has designated the day to be known as Parakram Diwas Last Year.

Netaji, the son of Prabhabati and Janakinath Bose, regarded Swami Vivekanand as his spiritual mentor. To counter Britishers, he founded the Azad Hind Fauj, a military regiment.

Bose also established the Rani Jhansi regiment, a woman battalion. Bose was the one who initially referred to Mahatma Gandhi as the nation’s father.

Thousands of young people were motivated to join the fight for freedom by Netaji. He left his ICS post and returned to India from England to participate in the freedom struggle. He portrayed a social revolutionary.

He was appointed as chief executive officer of the Calcutta Municipal Corporation, with Das as Mayor. He was elected president of the Indian National Congress in 1938 and formed a national planning committee. In 1939, he was again elected President. In June 1939, he organised the All India Forward Bloc.

It is said that Netaji died in August 1945 from burn injuries after his plane crashed in Taiwan. Due to this, the Indian government has set up a number of committees to investigate the case. His life and legacy are seen as an inspiration to generations. His birth anniversary or Jayanti is an opportunity to celebrate his role in India’s freedom movement.