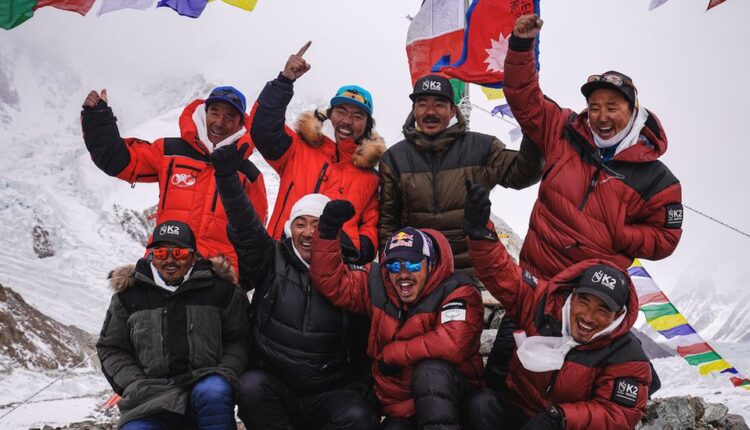 Kathmandu: A team of Nepalese climbers scripted history by scaling the world’s second-highest peak – Pakistan’s K2 – in the winter season.

Located in Pakistan-Occupied Kashmir, K2 was the last amongst the world’s 14 tallest mountains- all higher than 8,000 meters that had not been climbed during winter.

The 28,251-foot summit of K2 has never been reached in winter due to weather and geographical difficulties. Climbing to the top requires technical skills.

K2 is the second-highest peak after Mount Everest.