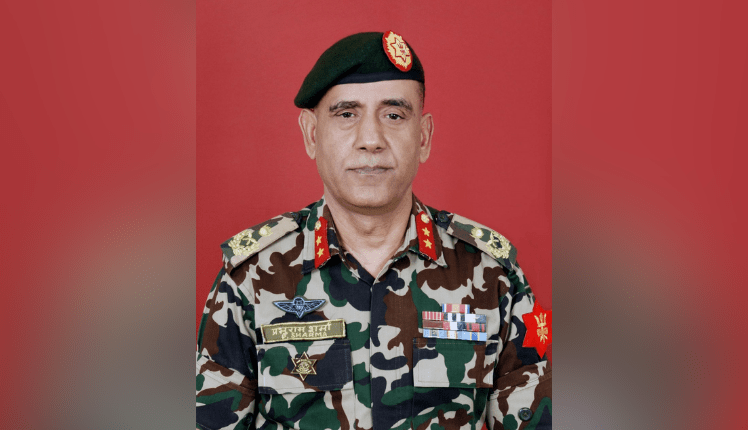 Nepal To Establish Its Own National Defence University On The Lines Of NDC: Army Chief

Kathmandu: Army Chief of Nepal General Prabhu Ram Sharma who has been conferred with the Honorary rank of ‘General’ of the Indian Army unveiled his portrait on the ‘Wall of Honour’ and was presented with the ‘Scroll of Honour on November 11, 2021, at National Defence College (NDC) in New Delhi.

Prominent alumni of the NDC, who have risen to the highest ranks in their respective countries are honoured with special recognition. General Sharma belongs to the 53rd NDC Course.

In his address, General Sharma lauded the NDC for its commitment to the highest standards of professional and academic insights and shaped him to become an able candidate for this honour.

He also mentioned that Nepali Army is embarking on the journey to establish its own National Defence University and the areas of cooperation have been extended even further.

Earlier, as part of the outreach programme, Defence Secretary Dr Ajay Kumar inaugurated the NDC alumni web portal and released the inaugural issue of the NDC Alumni newsletter at the institution.

This will provide an excellent opportunity for the alumni to connect, share and engage with the NDC and thereby strengthen the relationships with friendly foreign countries.