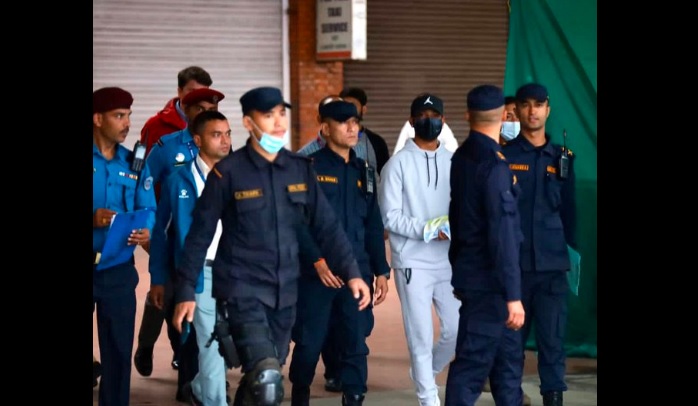 New Delhi: Cricket star Sandeep Lamichhane was taken into custody at Kathmandu airport on Thursday. Before arrival in Nepal, Sandeep had posted a message seeking legal support against wrongful prosecution.

“Sandeep Lamichhanee has arrived in Nepal and is in police custody. Our investigation and other legal processes will move forward,”said a senior official.

Following the allegations, Nepal Cricket removed the star leg-spinner as the captain of the national team.

Lamichhane was playing in the Caribbean Premier League at the time a complaint was filed against him and had vowed to return home after pulling out of the tournament.

However, the leg-spinner later claimed he had to delay his return to the country as he was not in the right mental and physical space after the allegations levelled against him.